I was watching this TNA video hyping the debut of King Mo. It was of TNA President Dixie Carter and Bellator fighter King Mo on the show MMA Uncensored Live.

The host of MMA Uncensored Live ridiculously and erroneously states that "...it's never happened before where a fighter decided to do both (pro wrestling and MMA) at the same time." 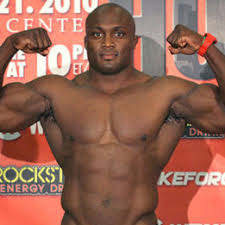 Apparently, everyone seems to have conveniently forgotten that Bobby Lashley competed for Strikeforce, Maximum Fighting Championship, and Prize Fight MMA all while Lashley was under contract with TNA Wrestling from April 2009-February 2010. Bobby Lashley fought Mike Cook, Bob Sapp, and Wes Sims while he was under contract with TNA Wrestling. He also had scheduled fights against UFC/WWE legend Ken Shamrock and Strikeforce Champion (at the time) Shane Del Rosario while he was with TNA, but both fights were scrapped (Shamrock tested positive for steroids while nobody really knows why his fight with Strikeforce Champ Shane Del Rosario was scrapped). So King Mo is certainly not the first person to do both at the same time. The saddest part about this is that Lashley did this just a couple of years ago (2009-2010). It's not like Lashley did it back in the 1990's and everyone just forgot about it. 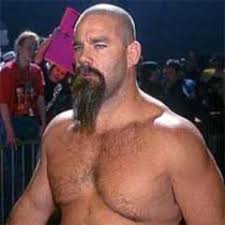 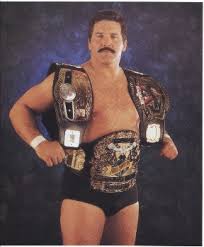 However, even Bobby Lashley is not the first fighter to do both Pro Wrestling and MMA at the same time. Dan "The Beast" Severn is the first fighter to do both MMA and Pro Wrestling simultaneously going all the way back to 1995. Severn also is the first and still the only person to hold an MMA and Pro Wrestling championship at the SAME TIME. Dan Severn in 1995 won the UFC Superfight Championship (later re-named the UFC Heavyweight Championship) and the NWA World Heavyweight Championship. Dan Severn is the only known person to successfully do both MMA and Pro Wrestling at the same time and for a long period of time. Severn was the NWA champion for 4 years while simultaneously doing MMA the entire time. Severn was wrestling for both the NWA and WWF (now WWE) while fighting for UFC and other MMA promotions at the same time. For example, Dan Severn submitted Sam Adkins at the International Fighting Championships 8 event on June 20, 1998 and eight days later wrestled The Rock at WWF King of the Ring 1998 while still holding the NWA World Title.